As I was in the middle of the morning rush this morning, I witnessed the buddy system in action. You know that thing you are taught as a kid. Find your partner in the group hold hands and don’t let go, that way no one gets lost. Usually it was on a field trip with a school class or church group. If there was one kid left out no one wanted to pair up with, that poor sap got the teacher as their buddy, cause that was the highlight of the trip right. For kids this system worked well for field trips, if we started lagging one of us would notice and catch us up.  The reason for the system was safety though, correct. Now a days I think we have more chaperones and less time for the buddy system to even be used for kids, but for some of us who remember using it, it still applies to different areas of our lives, as referenced above. Curious? 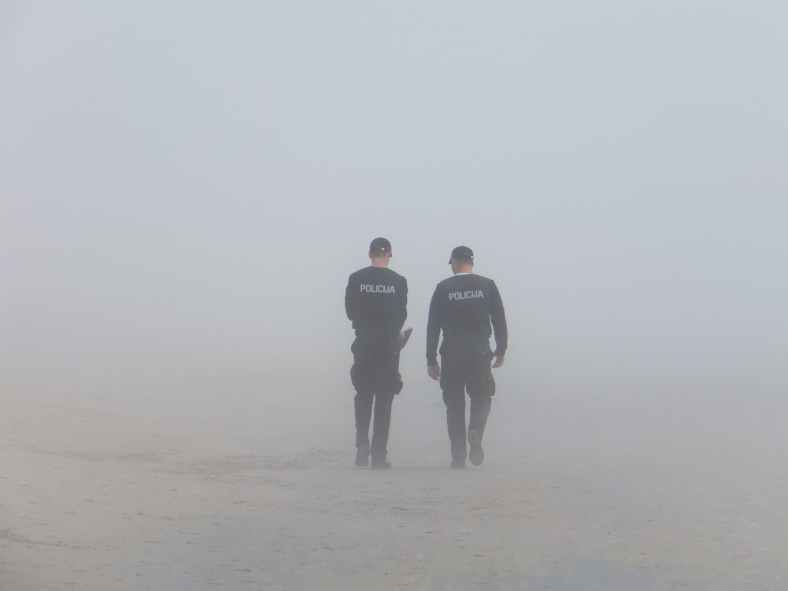 Photo by Pixabay on Pexels.com

(I know Police is spelled in Bosnian, but the picture was what I was going for. Two brothers in uniform facing the unknown.)

Everyone has a phone these days, and I mean everyone. If you don’t you are born yesterday(no joke) or off grid. Even in prison where they aren’t suppose to have them, they get snuck in. So everything gets recorded. People with cell phones and opinions who get stopped for a traffic violation have been one of the biggest entertainments to hit Facebook. Of course everyone has an opinion whether or not they, themselves are guilty or how the stop should have gone and this and that. A lot of time the main issue is why do so many cops have to stop for one vehicle? Why did he have to call for back up?

Great questions! Back to my morning drive as I was pulling in to my work which is right next to a school zone, on the third day of school, two LEOs had someone stopped. My first question “Is this person nuts?” My second question as any normal civilian is thinking “Why two?” Well duh, my first question answered by second question. Those smart LEOs had already figured that out and were not going over there without a buddy. Makes sense right, what kind of idiot speeds through a school zone with 3 cop cars and a state trooper sitting right there. Buddy up time. Same goes in any situation. These guys are not mind readers they don’t know you from Adam’s house cat, and they sure enough don’t know what you have in your car. Their goal is to keep us safe while we are on the road, while making sure we follow the rules, and also make it home to their loved ones at the end of the day. If that requires having two or three extra buddies for back up as a safety measure then so be it.

Now some of you are thinking “Oh yeah more of them to gang up on me!” Ok if you have that mentality going into an encounter with a LEO, I’m still backing the LEO. Before you even know anything about them or their integrity as an officer you are already judging them.” Well they judged me!” Pretty sure they just stopped you because you were breaking the law. They didn’t have to judge anything. They are doing their jobs. Which we as hard working Americans pay them to do. If you don’t want them to have to do their job, don’t break the law.

That part was free as Gdaddy says.

Now back to another instance of where the buddy system that was ingrained in us as kids is utilized in our adult lives. There’s a couple actually. One we have been hitting on lately in Sunday School is an accountability partner, or best friend. When I say “best friend”, you are thinking of that person you share funny stuff with on Facebook or complain to about your spouse. An accountability partner is way more in the way of a best friend than the high school definition of best friend, than all of you are thinking.

Photo by Magda Ehlers on Pexels.com

This is a person who is going to call you on your crap. You see your best friend from high school is too nice for that. They aren’t going to tell you, that you are messing up because they don’t want to make you mad or upset you, thinking that they might loose your friendship and then be alone. A bit selfish if you ask me. An AP on the other hand isn’t out for their on self interest. Their job is what their name states, to hold you accountable. You start doing stupid stuff, they are going to talk to you about it, not just sit idly by and watch you tear you life apart. You can return the favor to this person as well, it’s a two way street.

Our last example of the buddy system is our spouse. The person who at the end of the day makes all the bad stuff disappear with a hug and a listening ear. One thing I have come to realize about this particular relationship is that there should always be three buds. You, them and Jesus, but in the opposite order. This relationship does not require anyone else. If you have a communication malfunction, it stays within the three of you. I have watch as countless marriages have been ripped apart, because one or both spouses took their problems outside of their marriage to solve them. This allows for outside opinions to cloud your judgement on a situation, that those outsiders don’t know all sides to the story. This allows for doubt, conjecture and biased opinions to form about you spouse. KISS it people, “Keep it simple stupid”, as in 1, 2, 3, Jesus, them and you. That is all it takes.

JC and I don’t always agree, in fact we disagree on a lot of things, and we argue and fight. That being said, the issues stay between us. The only way people know me and him are having disagreement, well apparently my face is a dead ringer for my emotions. It may take some time for me to articulate exactly what I want to say with out it coming out of my mouth wrong, but we always get it figured out. I am not always right and neither is he. That’s how a relationship works, its a give and take. Most of us forget about that one small word though, GIVE. As I have said before, we are selfish people, I am among the most selfish, so I have to work at that “Giving” side of the relationship a bit more than some.

(This was right after a skating trip, where his head had come in contact with the hard floor and we took a trip to the ER cause I’m a worry wart, and he knew it would make me happy even though he didn’t want to go!)

The buddy system is to some, a relic best left in elementary school. For the rest of us, it is something that was unknowingly ingrained in us as kids, and we us it to this day. Buddies are important and necessary for us to continue staying safe, keeping our integrity, and growing in our marriage. Make sure you got your buddies back, and that they don’t get lost or left. And the next time you get pulled over, remember that officer has a family that wants him to come home, as does every family who sacrifices a loved one to a life in uniform.

Photo by Kristina Paukshtite on Pexels.com

Thanks for reading! Make sure you hit the Like button, if you liked it, and don’t forget to share, someone may need reminding of the buddies system!

Ya’ll have a great week!

This site uses Akismet to reduce spam. Learn how your comment data is processed.